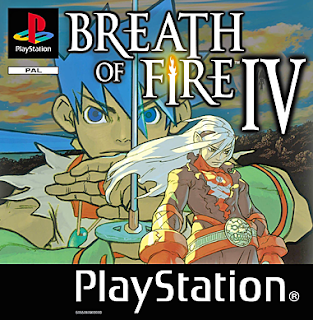 It's probably for the best to be honest about this entry right from the start: when compiling the list of ten games I wanted to talk about in this series, I was stuck at nine and had completely forgotten Breath of Fire was even a series until a friend suggested I add Breath of Fire 4.

As soon as he mentioned it, my jaw hung wide and my brain burst with the embarrassment of having joined the ranks of those who overlook this oft-forgotten gem in an oft-forgotten series. Forgive me, Breath of Fire, you're perfectly lovely, I just have so many other things on my mind!

So I promptly added BoF4 to my list of ten, smiling proudly and almost immediately deciding that it would place 9th, just ahead of Persona but decidedly behind the forthcoming 8 games, all of which I had spent so much more time with and had such more concrete memories. I sat down yesterday to begin writing this entry and tried to think back on what I knew and loved about BoF4. The list, it turned out, was alarmingly short. Here it is.

1. The game had an awesome battle system.
2. The characters were very well designed.
3. There was a revised version of BoF3's "Master" system which allowed for stat tweaking.
4. I had received the game on a Friday during my 8th grade year just before Christmas, because I remember playing it for like two hours before I had several friends over for some sort of middle school Christmas party. Probably should've just told them to stay away and kept playing.

It kind of made me sad, because I knew that for at least one solid playthrough this game was incredible and pulled me in just like all the other great PSX RPGs I enjoyed back then. Burdened by this shame, I spent the entire afternoon today reading through everything regarding BoF4 on the Breath of Fire wiki. Because everything has its own wiki, and thus life is good. Some forgotten tidbits I learned: 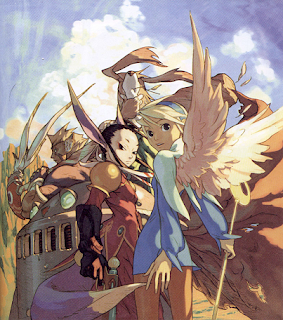 A. Tatsuya Yoshikawa's artwork is incredible. So gorgeous. You can see it all over this entry in every picture I post. There were such incredible artists working at Capcom around the turn of the century. I would love to see a new BoF game for the PS3/360 that features in-game graphics like these drawings.
B. The battle system contained more awesome than I initially thought. In addition to the active swapping of party members (years before Final Fantasy X did the same) the game also featured a spell combo system wherein consecutive casting of spells and abilities would create additional effects. To quote wikipedia's explanation: "Casting two ice spells in sequence, for example, will produce a stronger ice attack, while a fire spell followed by a wind spell will create an explosion-based attack." That is just cool.
C. The cast of characters is definitely awesome, but much smaller than I remembered. You only get 6 party members. I must have been fusing BoF3 and 4 in my mind.
D. The universe of BoF is, in general, a lot cooler than I ever remembered it being. Perhaps even than I had realized or appreciated in my younger days. The inclusion of Ryu and Nina in every series entry gives the games a fun Legend of Zelda sense of connectivity, and a lot of the games' races and lore feel very original and exclusive to BoF, even if they're largely just beast-men and stock JRPG tropes like goddesses or whatever.

So, with this (and more) new information, I could probably write a really cool review on what made BoF4 so damn cool, but instead I want to step back and look at the two things I remember most about the game: cool characters and awesome battles. I think it could be argued that these are really the only things needed to have a truly successful JRPG. Yes, of course story and music and interesting level design are important, but I think characters and gameplay come first a lot of the time. Or maybe not, it could be different for you.

However, I think a lot of the time story in games is considered with far, far, FAR too much importance. Yes, even in a story-driven genre like a role-playing game. BoF4 has a relatively simple story. For a JRPG, anyway. Nina finds Ryu, they go on adventures and run from "the Empire" for a long time. Fou-Lu awakens and gets in fights with "the Empire". Things happen, people are killed, the Empire are dicks, Fou-Lu goes insane and wants to kill the world. Ryu and friends have to stop him. In the grand scope, the story is incredibly simple, almost to the point of genre cliches. But still, it's all the game needed. Through several little moments and character interactions the game is able to fill the tale with just the right amount of pathos to make Fou-Lu a believable and understandable antagonist, which in turn gives Ryu's story and struggle the weight and purpose it needs. 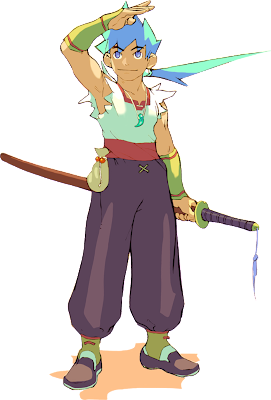 Back to what I was saying about characters and gameplay. It's because the game has such cool, memorable characters and such enjoyable combat that the minimalist story is able to perform its role without losing the player. In games, a great story only goes so far. Due to the length of a game like an RPG, the time between major events has to be enjoyable. This only happens with a fun combat/leveling system and characters who you enjoy controlling and having as your representatives in the world...which as I've said BoF4 certainly has, though like the story they also keep to a sense of simplicity with small, charming traits.

This is one of the main complaints reviewers back in 2000 (holy shit 13 years ago!) often filed against the Breath of Fire series as a whole. They were games that followed formulas. Paradigms. They stuck to tradition and didn't take risks. Writers would often unfavorably compare them to Final Fantasy like you might liken the girl next door to a supermodel. This is a complaint that I feel came up against plenty of games back in those days (it still does, I guess, but I feel reviewers have less power today). The same game as last time. Didn't innovate. Too formulaic.

I have to wonder just what kind of risks people felt Breath of Fire should have taken. Let's look at the battle system for a minute. BoF4 starts with a very simple, traditional turn-based battle engine. You select the actions of your entire team and then they perform those actions while the enemy performs their own. Fastest characters and enemies go first. Characters can attack, defend, cast magic spells, etc. If this was all the battle system had going for it of course it would be far too traditional and boring, so enter the Combo System and the game's unique take on Front Row/Back Row formation dynamics. 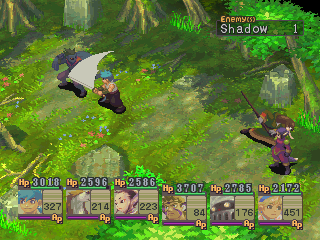 Like we saw above, Combos allowed for added effects on spells and abilities if cast in a certain order. This helps add a fun dynamic for offensive strategy and experimentation that goes beyond the usual "spam weakness" we see in other games (HEY PERSONA 3!) Similarly, the ability to swap any of your 3 active Front Row characters with a benched character on the Back Row makes for some fun combat formations and substitutions that almost feel like coaching a sports team...or even maybe a ghetto form of something like Pokemon. Not only are you switching in new characters who are able to utilize their different attacks to give you an advantage, you're also effectively benching weak/tired characters for a turn or two, and they will gain back HP and AP while resting; safe from future enemy attacks.

That's the kind of system that works in games. It's familiar and simple on the surface, but belies hidden depth and nuances. Plus, it's really really fun.

Final thing I wanna bring up is the game's sort of...design sense, I guess. Previous BoF games tended to borrow their settings from more western or European influences with typical medieval villages, castles, etc. Of course the all-important dragons are also more western in appearance. The art styles of in-game graphics were also more cartoony. Brighter, with more intense colors.

BoF4 instead opts for a very thorough "Eastern" feel throughout. A number of characters and locations seem to be influenced by Chinese or Korean style and mythology, while a significant portion of the soundtrack carries some very Indian or Middle-Eastern vibes. These choices really help the world to stand out for me; as a unified presentation of this sort goes quite a ways when it comes to world building. The character and enemy sprites are also more simplistic in the way they're drawn, with slightly more muted color palettes. These are small details, but they help to somehow provide a stronger package in my opinion.

It's been well over a decade since BoF4 was released, and Capcom doesn't seem at all willing to produce any new sequels for the franchise. To me, this is a terrible shame. Had they stuck to what worked the first four games and just continued to refine what was a working formula, I think by now they could have had a slew of successful sequels under their belts. Unfortunately, they decided things needed to be changed so they went and made Breath of Fire: Dragon Quarter instead. And we all know how that turned out.

Terrible sales and eleven years later we still don't have a sequel. Huh. 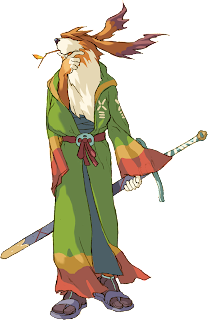