Let's try to get right into this without my usual long-winded introductory paragraphs. I play Chaos in Uniel. He sucks. He is probably the worst character in the game. Let's talk about why, let's figure out what should be done about it, and let's all cry when everyone beats us up. 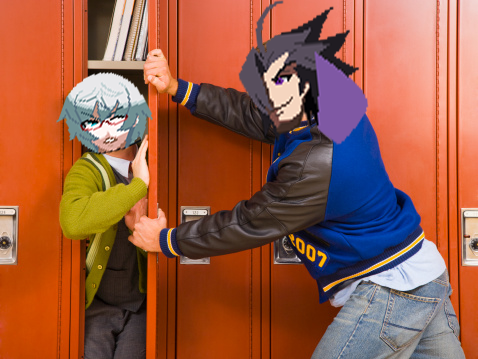 All day, every day.


So the first thing we're gonna do today is analyze why Chaos sucks and establish just how badly he sucks. However, before all that, we need to talk a bit about Uniel as a game so we can further understand just how inadequate and undeveloped Chaos is as a character.

Uniel likes to flit about showing off its hot bod like it's a real anime game, but do not let the pretty hand-drawn anime sprites fool you, this bitch doesn't want you to have much freedom. In reality, Uniel is much more about spacing and frame traps (and endless block strings) than it is about rushing shit down and mixing shit up. Every good character has enormous attacks and solid (if seeable) mixup tools, be they overheads or command grabs. It's a game with huge attacks. That's the most important thing to know.

Right, so, ok....why Chaos sucks and is sitting ugly at the bottom of the tier list. Let's go.

+No unique reversal move of any kind. This is the first, and possibly biggest, reason a lot of people would throw Chaos into the garbage without a second thought. In a game where dragon-punching your way out of a bad situation can sometimes be your best (only?) hope, Chaos has zero invincible or armored attacks. If you've got him pinned down he's pinned down, and you can punch and kick him with relatively little worry. Nobody needs to respect him. Not even Akatsuki. 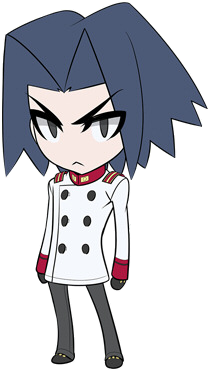 Not even Akatsuki!! And he has to respect everyone! Because he sucks, too! But not as bad as Chaos! Here's the thing, though: not having a DP really isn't that big a deal. There are still universal system mechanics like Veil Off and Chain Shift to help you out of awful situations if you're smart about them, and you're gonna be getting killed so much you'll have just about as many chances to use them as you would a normal DP, so whatever.
Verdict: Whatever, plenty of characters in plenty of games don't have DPs. They do alright.

THE REAL SHIT
Bam. Alright, with that nonsense out of our way let's press on to some other business. Looking over Chaos' moveset (particularly meaning his normals, here) one can begin to really see where the young Harry Pottermon Trainer starts to unravel at the seams like a poorly constructed sock puppet. His normals are mostly crap, and even the good ones can barely do what they need to for him to fight successfully.

The only normal Chaos possesses that is remotely good for spacing is his sweep (2C). It's actually a pretty good move. Starts combos, hits low, and covers a good amount of space. The problem is that nearly every other character can control the same space with faster, BIGGER moves. So, hey, Chaos, you lose this round. SORRY.

Every other normal suffers from the same problems, except they're aggravated to a more ruinous degree. 2A has pathetic range, and is slower than a truckload of other 2As in the game, so if you try to mash out you're probably gonna die. Since your normals all suck, this means that even if you're awesome and block for days and true shield all sorts of stuff, you're still probably gonna get whacked when you inevitably HAVE to press a button or face holding down-back for 90 seconds straight. Chaos has stubby arms and legs that need to be just a little bit longer or a little bit faster. 2C is ok, though, I guess...

BUT WHAT ABOUT FORCE FUNCTION!?
Right, so, Chaos' Force Function is a forward-moving dodge roll. If French Bread were a just and fair God, this roll would have invincibility on startup, be throwable, and have recovery at the end. It would work exactly like the universal rolls in King of Fighters games. That's...almost how the roll works. All of that except the whole "invincible on startup" deal. Typically, trying to roll through well-placed attacks will get Chaos murdered. He can sometimes gamble on a roll and manage to escape pressure or close some distance, but it's a serious risk due to all the vulnerability the move brings with it. Please French Bread, please...give this damn roll startup invincibility. Make it a KoF roll. I'm begging. As is, this move just does not work like it should.

WHAT'S AN ANTI-AIR?
Moving on, we discover that Chaos does not possess any worthwhile anti-air attack options. Here, let the Mizuumi wiki tell you: "Chaos has the weakest anti air capabilities in the game, not only lacking a reversal or move with head invincibility, but lacking a one button move that even has an upwards hitting hitbox like Byakuya's 5B" See? Not just me. His one move that looks like it might work is his dashing B attack, but the input is too awkward, the hitbox not good enough, and any upper-body invulnerability missing altogether. Chaos' best bet is to pre-emptively zone airborne foes with his 6C or Lizard attacks, but those carry their own risks and are absolutely worthless once foes close in. The best solution is to change 66B's input to something like 6B or (preferably) 3B. Give it upper-body invuln. and make it work exactly like a 6P does in Guilty Gear. Chaos would become so much better with just this little tweak. And speaking of 6C...

LET'S TALK ABOUT 6C
I didn't mention it when discussing normals above, but 6C is one of Chaos' better attacks. Plus it's technically a command normal, so we're gonna talk about it separately. It shoots a magical barrier forward a little ways in front of Chaos. If it hits an enemy, they go flying across the screen and you can actually score a combo by rolling quickly enough. It's not bad! It also reflects projectiles, which increases the attack's range!

OK, so what's the catch? 6C doesn't actually become active until Chaos' thrown book (the source of the barrier) is a short distance away from his hand. What this means is that there is a dead zone between Chaos soft, squishy body and the projectile where nothing will hit an encroaching opponent. This neuters the move in ways that are easy enough to imagine. 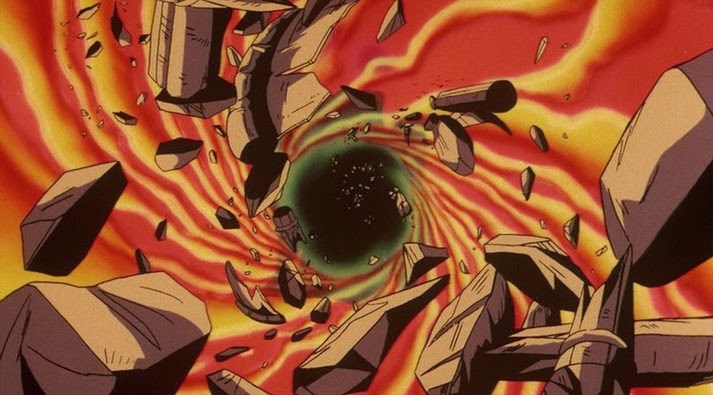 Let's say our dear friend Akatsuki is rushing towards you. The poor guy, it's all he can do, really! His arms are small too! You think "Hey! My magical barrier will show him!" and you hit 6C. Just then, Akatsuki assaults and sails into the dead zone. Magic bursts into existence from nothing behind him, and it is spectacular, but he doesn't care or notice because he's too busy breaking the nice glasses Mom bought you with his fists. This happens constantly, and it renders one of your finer zoning tools far, FAR less useful because, again, it carries much more risk with it than you'd like.

One could argue this is just another facet of learning the character, of mastering the spacing required to be a Pokemon Master. And if Chaos had more redeeming qualities they might just be right. But this is a game where top tier characters can reduce you to nothingness from full-screen. If Chaos wants to throw a magic barrier out, the goddamn thing should become active as soon as it leaves his hands. Let it stay super vulnerable on whiff, let it have the same startup, let it keep every other property it has but dear GOD, Garlic Jr., close that dead zone for good so people can stop assaulting past Chamber of Secrets when I throw it at their heads.

MOVING ON...
We're approaching the end of this Act, so bear with me just a little bit longer. Assault j.2C. It's a good enough move, and it's about all you're gonna get in the overhead department to start a combo. You can get a juggle and stuff from it. Unfortunately, using an assault creates some weird hit-stun, and you'll often be forced to end your combo prematurely to set up an okizeme situation. This isn't the worst thing in the world, but would it be so wrong to get a FULL combo from an assault? I don't think it would.

Anyways, that about covers everything for why Chaos sucks! I hope you enjoyed it, and I hope it taught you to never respect Chaos no matter how many times Gordeau tries to tell you he's tough! Why do I feel like I'm forgetting something, though... 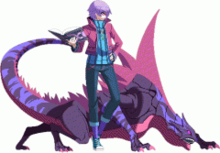 Oh, right, THE LIZARD. The most important aspect of Chaos' entire gameplay. I've got plenty to say about our dear, monstrous friend, so we'll cover that in Act 2. Bye.