Looks like we've got a series on our hands. Ok, so, last time we talked about Chaos himself and all the problems surrounding his normals, his force function, etc. That was a start, but since Chaos is a "puppet" character (possibly worst in THE HISTORY) his own diminutive body and tiny punches only tell half the story.

Azhi (Dahaka?), Chaos' lizard-dragon-devil-monster companion, makes up the other half of the character. In reality, all of Chaos' special moves are carried out by Lizard. Chaos can only flail about and throw his book if Lizard is incapacitated or otherwise unavailable. That means Lizard, and mastering the use of him, is possibly the most important part of Chaos gameplay.

Before we talk further, though, we need to talk a bit about how Lizard works mechanically, since I've played a lot of people who yell things like "WAIT WHY CAN'T A HIT HIM" or "THE LIZARD IS OP WTF!?" and I think there's some real misunderstanding about our cuddly friend.

Lizard has numerous lunging attacks, a leaping tail swipe, an angled aerial fireball, and a "hide" ability where he disappears and attempts to ambush the opponent from a shadow on the floor. Each technique has a super version with different applications and utility purposes. Holding any attack button down will cause Lizard to walk forward, stalking the opponent. Release the button and Lizard will moonwalk back towards Chaos.

When neutral or just walking around, Lizard is invulnerable to attacks, a surprisingly good attribute, considering how badly French Bread seemed to want to doom Chaos. The only time opponents can hit Lizard is during the active or recovery frames of his attacks. If he's hit, Lizard will disappear in a puff of smoke and be unavailable for a short time.

As minions go in 2D fighters, he's very straightforward and simple, and that's not a cut against him. It allows for creativity with the basics and encourages solid play over gimmicks, which I appreciate. However, Lizard is still very weak. 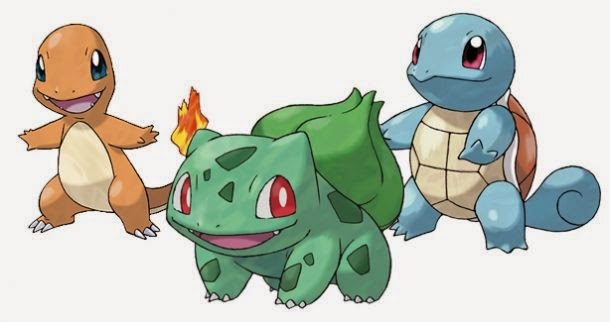 There are much better Pokemon out there.

Joking aside, why is he weak? Let's find out, Mr. Owl.

Like I said above, the only time Lizard can be hit is during the active and recovery frames of his attacks. This can be cool, but he runs into issues where his attacks will flat-out lose to most other moves in the game in the event of a trade. I was going to give examples of characters who can attack Lizard while he's attacking and win, but I quickly realized it's nearly the entire cast. Certain characters can just mash their biggest attacks at a distance, or mash 2A up close, and watch Lizard get poked and run away. His attack startup is surprisingly long on a lot of moves, and once players figure out the timing on hitting him and scaring him away, Lizard becomes harder and harder to pressure with successfully.

Once he has the first contact, Lizard can cancel his moves into each other for decent pressure, but achieving that first strike can be difficult when a gust of wind blows him off screen. Try lunging at Yuzu from a distance, I dare you.

THERE'S NO WAY TO SAFELY SUMMON HIM BACK

Once Lizard is gone, you'll obviously want him back as soon as possible because it's dangerous to go alone, and wild Pokemon lurk in tall grass. For some reason, though, there's no way to simply call him back to your side (something characters like Carl and Relius Clover can do with ease). Summoning Lizard back into our world requires inputting a special attack...see where we're heading with this?

Attacking always carries a very real risk with it, since any errant blow from the enemy can send Lizard right back to the void. Even worse, randomly attacking and missing your mark can leave you terribly defenseless as Lizard sails through the air and you're getting your lunch money stolen.

The best way to bring Lizard back, or at least the safest, seems to be using 22A; the light version of "Hide". He quickly dives into the shadows and pops back out, so it's almost like calling him to you. Unfortunately he has a long recovery animation after biting, so savvy players will just hit him then.

Why there's no way to simply re-summon Lizard is a complete mystery to me. Chaos gets a rare bit of intimidation just by having the silly monster on the screen and able to walk around freely. With him gone and only risky options available for bringing him back, strong characters are just given even more license to disrespect Chaos.

Do you know what these terms mean? Your lizard pal sure doesn't. A lot of the time, puppet characters are able to set up terrifying mixup situations by attacking on different levels and multiple angles simultaneously. Zato/Eddie, Carl/Ada, and Ken/Koromaru are all scary as puppeteers because they can apply frightening offense that's hard to survive simply by blocking.

Chaos and Azhi cannot accomplish this. Though they can create extended blockstrings and some frame traps through clever use of alternating attacks, Lizard doesn't have an overhead attack, and he doesn't have a low. Chaos can jump in or sweep, but both are easy enough to stop simply because Lizard isn't going to make you think of blocking in a different way.

Crossing up and putting foes in a pincer has similar problems. You CAN get people sandwiched, but it can be difficult to set up, and it's easy to block. Chaos' roll force function can't really be performed while Azhi is attacking (unless you use Hide) so set ups can feel very limited. Lizard doesn't need overwhelming mixups and unblockables like Zato/Eddie...

But simply having an overhead or something to make people watch their dome would be nice.

Similarly, Lizard and Chaos struggle to set up solid okizeme situations. Outside of the corner it's tough to get a FULL combo into a knockdown. You're almost always choosing between damage and (usually) very light fireball Oki. You can also do some things with 2C xx Hide, but it's rarely something that will make people think. Chaos damage isn't that high to begin with, and sacrificing 1,000 damage or more just to get another mixup feels like a pretty lame trade when you see Gordeau rattle off 3500 like it's nothing. Pink grabbing people amidst fireball pressure IS funny, but it's far from a top level tactic.

These are the big issues. There may be more problems with Lizard, but these are what I'd like to see addressed in any future updates or sequels. He doesn't need to be broken, he just needs to be a little better to help balance his perfectly fair faults that much more. 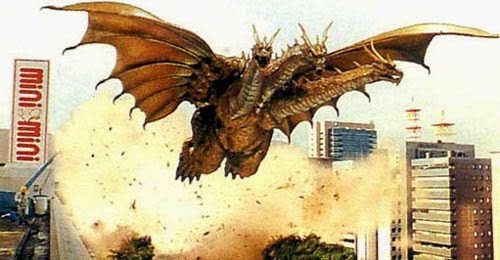 Or he can just Digivolve, I don't really care.

Posted by Dingofist at 8:24 AM